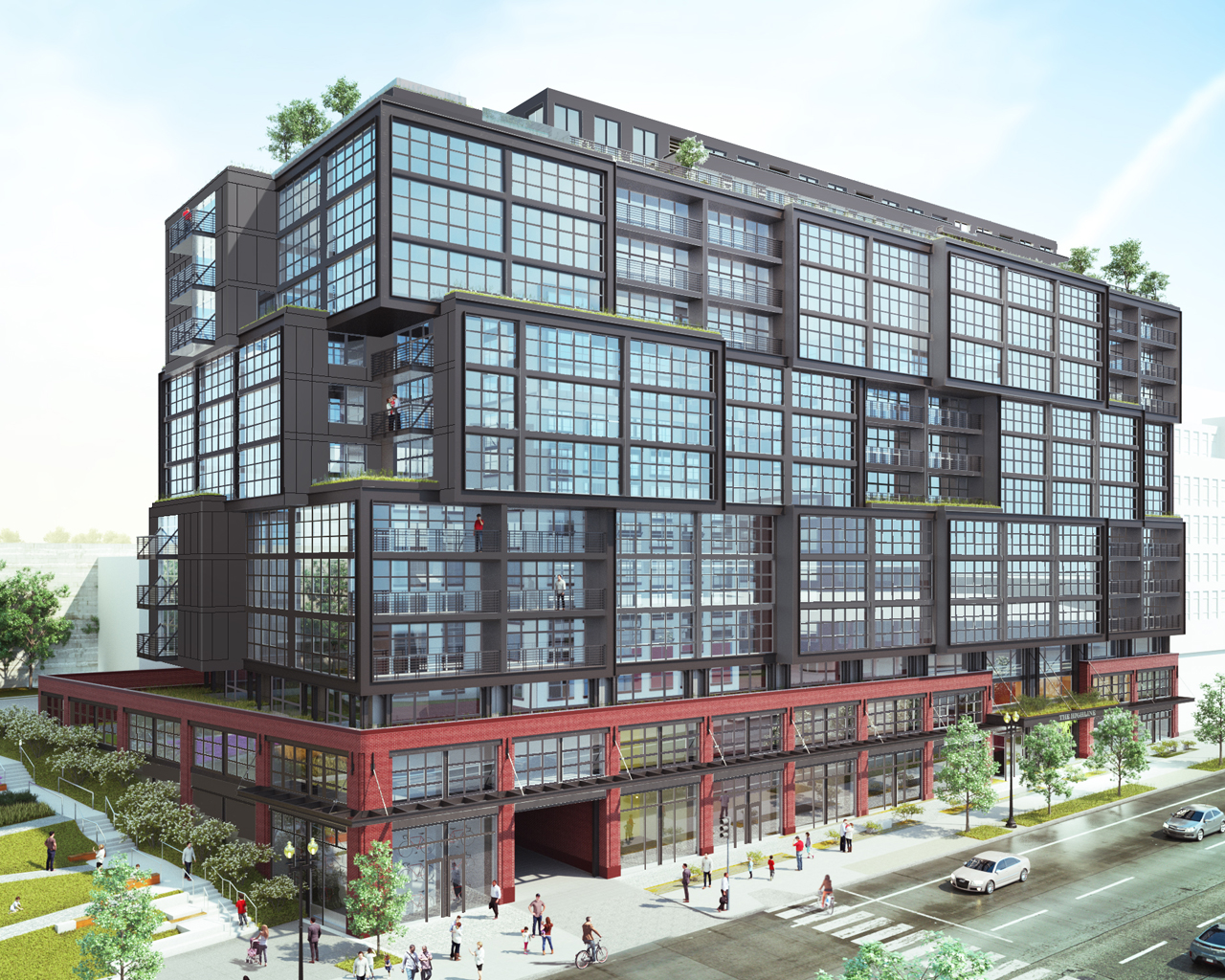 Level 2 Development is planning to develop a 315-unit mixed-use apartment project near Union Market that it hopes will pay homage to New York’s Meatpacking District at a gateway site leading into the District’s NoMa neighborhood.

Level 2, which is also a part of the team working with Edens to remake the 45-acre Union Market, has filed a Planned Unit Development Application with the District to build 315 apartment units and just shy of 8,500 square feet of retail space at 320 Florida Ave. NE. The site currently includes a Burger King and is the last parcel on the east side of Florida before crossing over the railroad tracks and into the neighborhood north of Massachusetts Avenue, known as NoMa.

The developer, with joint venture Clark Enterprises Inc., has been evaluating the best uses and architecture for the site since they acquired it for about $8.8 million in July, Level 2 Principal David Franco said. What emerged was a plan that draws on the feel of the industrial and commercial uses of Union Market, captures the essence of New York’s High Line and Meatpacking District, and features design elements of the adjacent rail lines. The planned development, designed by Eric Colbert & Associates, includes warehouse-style windows, industrial-framed cubes and other materials such as riveted steel supports used in the old rail cars.

“It’s important to us to maintain the character of Union Market District,” Franco said. “We wanted something that was a nod to both the warehouse industrial usage and, at the same time, pays homage to the railroad, the rail tracks adjacent to this site.”

The Highline at Union Market, slated to cost north of $90 million, could begin construction in late 2016 pending zoning commission approval and other entitlements. It is also one of a number of new residential options cropping up in the area as Edens seeks to reshape the historic market area. Among those plans, LCOR Inc. wants to develop a 188-unit apartment building nearby at 340 Florida Ave. NE.

Level 2’s plans also call for green space and a public plaza on part of the site that is now overgrown and littered with trash. The plan could also include creating an easier connection to the NoMa-Gallaudet U Metro. The developer has offered to set aside 8 percent of the project’s residential square feet as affordable housing. As proposed, the project would also include a green roof, bioretention facility and 105 parking spaces for bicycles.