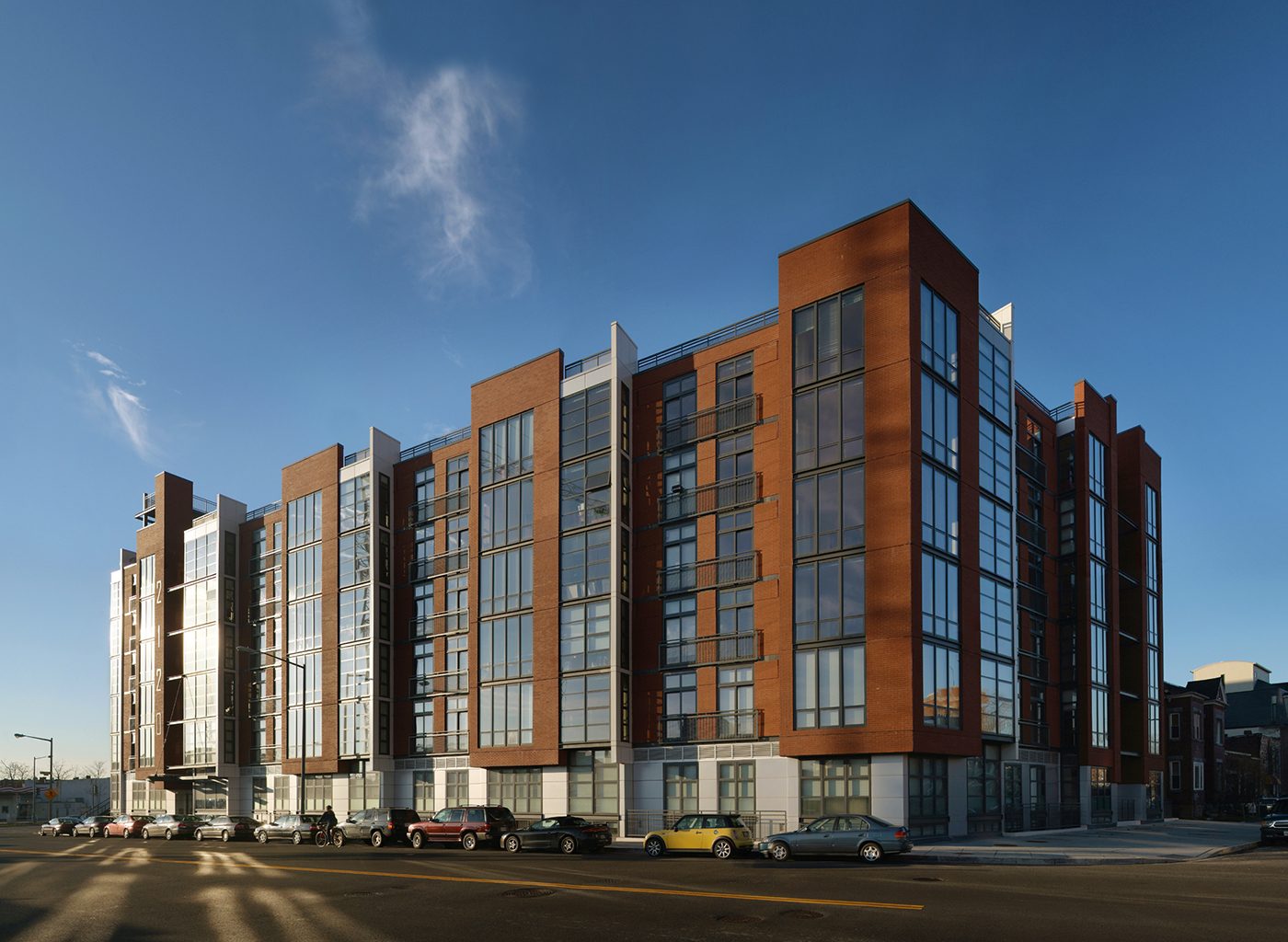 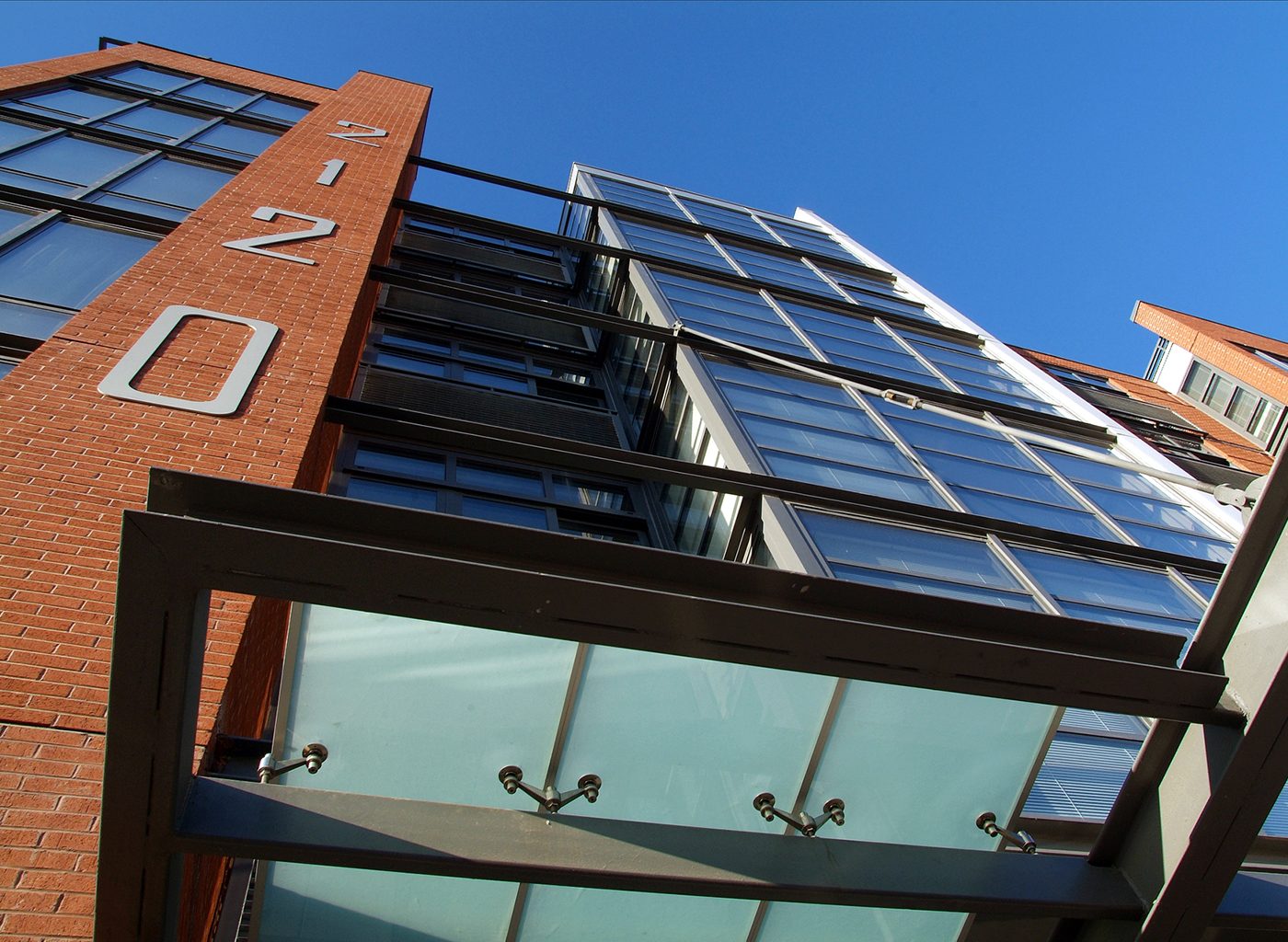 The Rhapsody was one of the earliest redevelopment projects in its immediate area, which was formerly plagued by empty lots and abandoned storefronts but is now one of the hottest neighborhoods in Washington. Projecting bays framed in brick and metal panels lend vertical emphasis and depth to the principal façades. The edges of these frames extend beyond the sides of the bays, creating the impression of planes floating in space. The building incorporates an unusually generous roof deck, provided at a time when the neighborhood was still less than pedestrian-friendly.

Back to Work Next Project